When discussing the end times and Christ’s second coming, I am often asked whether or not Christians will experience the tribulation. As you might expect if you know me, I won’t give a quick “yes” or “no” answer, but I do want to unpack the background  and also offer some pastoral thoughts as we explore this question.

What Do You Mean By “The Tribulation”?

Before we can answer this question, we  need to know what the “tribulation” is. Many Christians believe that the 70th week (seven year period) described in Daniel 9:24-27 still awaits, and during this time,  evil will reign and God’s wrath will be poured out on the world before Jesus’ return at the end of the seven years. Those who hold to this view typically see the Book of Revelation as covering this seven year period and the various elements discussed in this book as happening during this period. For example, Revelation 6 talks about seven seals that include conquest, war, famine, and death. Revelation 8-11 mentions seven trumpets sounded by angels that cause hail and fire to fall to the earth, the destruction of sea life, and water turning into blood by a great mountain thrown down from heaven (among other events which you can read about). This period would also feature great persecution of God’s people with the antichrist (the beast of Revelation) in power, forcing all to follow him or suffer dire consequences (including death). Because there are discussions about three and a half years in Revelation 11:2-3; 12:6, 15; and 13:5 (also see Daniel 9:27 and 12:11), some view the last half of these years to be exceptionally bad. It would seem safe to say most people would prefer not to experience these situations!

Why Would Christians Not Experience This?

Some who teach about this time period say that Christians will be spared from the tribulation because the church will be “raptured” (raised to heaven to meet Jesus in the clouds as discussed in 1 Thessalonians 4:17) before these events take place — in fact, in this view the the rapture will mark the beginning of the tribulation. Something to note is that there is no particular verse to point to for this teaching as it is built upon a few key ideas. First of all, those who believe this view often note that Revelation 1-3 talks about the church, but the church is not mentioned again after Revelation 3. Revelation 4 talks about the Apostle John being brought into heaven — could this be a symbol and sign that the church will be removed before these events take place? The reasons for this removal would be that the time of the “parenthesis” (between the 69th and 70th week of Daniel 9) has ended and God is now finished with the “time of the Gentiles” and goes back to working out His plan for Israel. Another verse that is used to support the view that the church will not be present during this time is Revelation 3:10: “Because you have kept my word about patient endurance, I will keep you from the hour of trial that is coming on the whole world, to try those who dwell on the earth.” Finally, another significant idea in this viewpoint is that God will pour out His wrath during the tribulation, and believers in Christ cannot experience God’s wrath because it has been poured out for them on Jesus.

However, others who hold to this seven-year period would say that the Bible does not teach that Christians would be raptured or removed before these events. They note that God’s wrath is not necessarily being poured out during the tribulation time; that wrath is what awaits at the end. A variant of this argument is that the first three and a half years of the tribulation are the wrath of Satan, while the last three and a half are the wrath of God, so it is at that mark that Christians are removed. Those who hold to this “mid-tribulation” rapture view also point out that Revelation 12:14 speaks about being guarded for three and a half years and that Revelation 14 would seem to be a better point for a call of a “rapture” than Revelation 4 since that is when the 144,000 are in heaven (the seventh trumpet discussed in Revelation could connect to the trumpets discussed in 1 Corinthians 15:51-52 and 1 Thessalonians 4:16). Others, however, have seen this “rapture” event happening at the end of the tribulation, as Jesus says in Matthew 24:29-31 that after this tribulation, Christ will send out his angels to gather his elect. They would also see all the events discussing Jesus’s return and final judgment essentially happening at the same time…not separated over the course of years. Those who believe Christians would be removed at the middle or the end of the seven year period would note that Revelation 3:10 does not mean that one has to be removed from the situation. To “keep from the hour” could mean to protect and persevere through the situation, perhaps akin to the way that God watched over the people of Israel when the plagues came upon Egypt. In fact, Jesus prays in John 17:15 for believers not to be taken out of the world but to be kept from the evil one.

Therefore, there is division among those who teach this idea of a rapture and a seven year tribulation period when these events will take place (hence the question!)

But What About Other Views?

Something else to remember when thinking about this question is that not all Christians believe that these final seven years of Daniel await (as discussed a bit in this post last week) or that the Book of Revelation offers a timeline of specific events that come in the future (see this past post on reading Revelation and the possibility of parallelism). Thus, not all believe in a seven year tribulation that Christians could be removed from. In fact, a common view through the ages has been that the present time is this period of tribulation, with the Book of Revelation describing the challenges that the church will face throughout time rather than specific events. There will be an increase in evil at the end (as Paul notes in places like 2 Timothy 3:1-5, but with no timeline on the length), with the return of Jesus happening after the man of lawlessness is revealed (see 2 Thessalonians 2), and the church will experience these things. Therefore, there are many who say that Christians will remain until the end and experience the sufferings of the last times.

Something that should be noted, regardless of one’s view, is that Christians will face sufferings in this world; we will have trials and tribulations. Jesus told us so: “In the world you will have tribulation. But take heart; I have overcome the world” (John 16:33). Paul told us so: “Indeed, all who desire to live a godly life in Christ Jesus will be persecuted” (2 Timothy 3:12). We should not fear suffering as Jesus said, “Blessed are you when others revile you and persecute you and utter all kinds of evil against you falsely on my account. Rejoice and be glad, for your reward is great in heaven, for so they persecuted the prophets who were before you” (Matthew 5:11-12). The apostles took these words to heart: “Then they left the presence of the council, rejoicing that they were counted worthy to suffer dishonor for the name” (Acts 5:41). Many of our brothers and sisters around the world regularly face suffering and persecution. While we may desire to be spared from great suffering in the future, we need to recognize that suffering is not antithetical to the Christian life, but rather part of the normal Christian life as we follow Christ in this world. We may or may not experience this “tribulation” period, but we will go through tribulation, so let us heed the call to the church in the Book of Revelation to hold fast to our faith in all circumstances. Jesus continually tells us that we should be ready because he will come at an hour we do not know and do not expect. Our lives could end at any time or he could return at any time, so let us remain faithful and remind others of this important truth.

Many things take up so much of our time that we feel our lives are overflowing and we can’t add anything else to our plates. But out of all of these things, only one has eternal significance – that is, what you do with Jesus.

Follow Jesus Together is your invitation to receive the most important gift ever given to mankind – Jesus.  If you’ve been a follower of Jesus for a long time, or maybe you’re just curious about Jesus, this is an opportunity to get to know Him better. We will learn how to walk and talk with Him, how our lives can please Him, and how to talk to our friends about Him. Join us for Inspiration and tools, and be aware – a fresh encounter lies ahead. 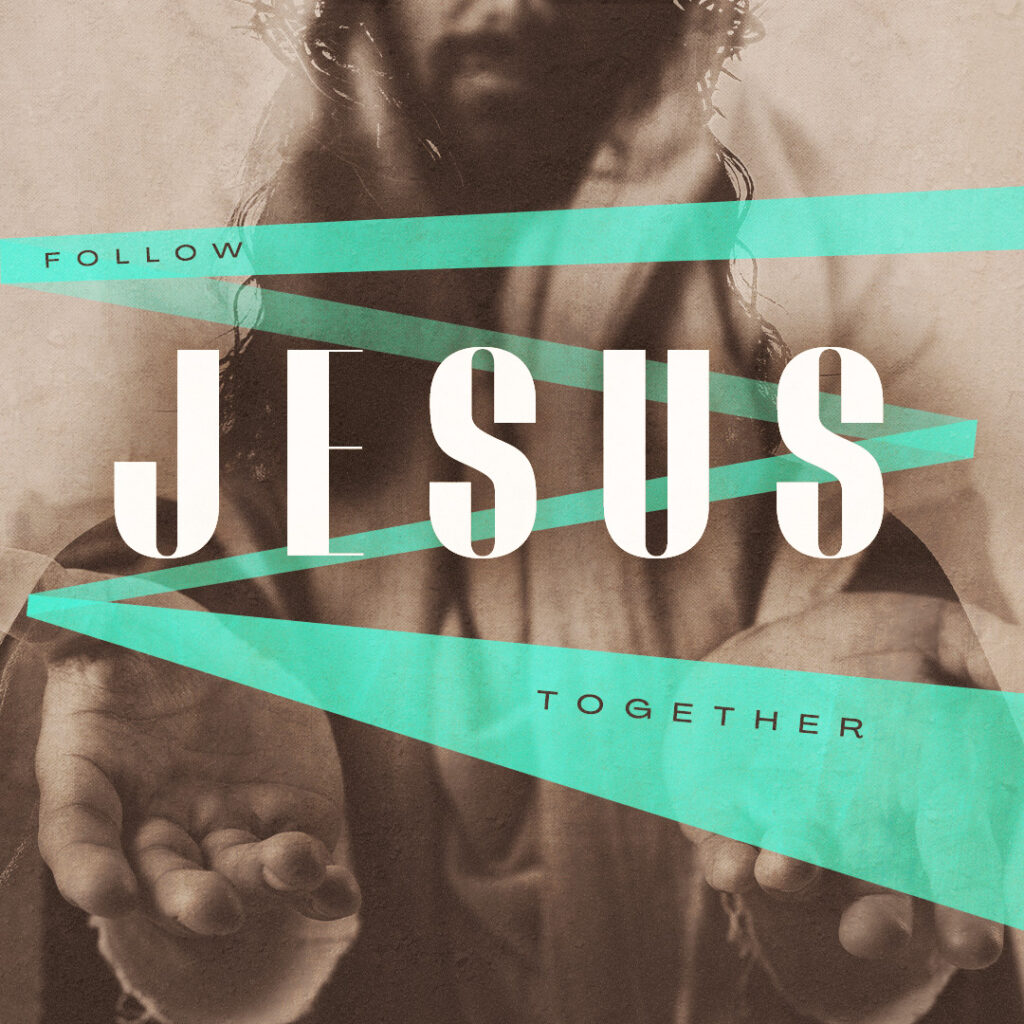