Prior to my teaching on Jesus’s Return and the End Times, someone asked about the identity of the 144,000 that we read about in Revelation 7 and 14. I didn’t have time to explore this question that night so wanted to do a post about it. Before exploring various possibilities raised by others, it is wise to dig into the text to see what it says about this group.

In Revelation 6, the Apostle John saw six seals of a scroll being opened. He then describes four angels (who had power to harm the earth and sea) holding back the winds of the earth; one angel calls to the four angels to wait until they had “sealed the servants of our God on their foreheads. The number of those to be sealed was 144,000. This sealing is reminiscent of Ezekiel 9 when a mark is put on faithful Israelites before Babylon comes to destroy Jerusalem. It is said that these 144,000 are from every tribe of Israel and then goes on to list 12,000 from each tribe.  However, the list does not include the tribe of Dan and includes the tribe of Manasseh (the son of Joseph) but not Ephraim (usually these lists would include Ephraiam and Manasseh and omit Levi since the Levites did not inherit land – Levi is on this list) – these two tribes not named among the 12 here were linked with idolatry. This seal seems to be important as Revelation 9:4 says that those who do not have the seal will be harmed. After this vision, John then sees a great multitude that cannot be counted from every tribe and tongue of the earth (7:9-14). This great multitude seems to be in heaven, while the 144,000 are on the earth (interestingly, John does not see the sealing of the 144,000, only hears about it, but he does see the multitude that cannot be counted). These 144,000 are mentioned again in Revelation 14, standing with the Lamb on Mount Zion and then sang a song (14:3), being said to be “redeemed from the earth.”as they had “not defiled themselves with women”. They were known as those who “follow the Lamb wherever he goes” (14:4); they are the “firstfruits for God and the Lamb” and “in their mouth no lie was found” (14:5).

Different Views of this Group

The root of the different views on the identity of the 144,000 seems to be whether they are a specific group of people who will be revealed in the future or if this group is representative of a larger group.

If it is a specific group, this would seem to be a remnant of Jewish male, celibate believers with 12,000 from most of the tribes of Israel (excluding Dan; are those from Joseph the ones through his son Ephraim only or could they include some from Ephraim and some from Manasseh, so Manasseh has over 12,000 in it?) who live morally upright in the time of tribulation before the end. The identification of them – being sealed by God – precedes the harm that God puts on the earth and also protects them from the harm discussed in Revelation 9:4. The sixth seal that had been opened in Revelation 6:12 has a great earthquake and other cosmic signs (i.e. the sun becoming black, moon like blood, star falling), so it is not clear if those things happen after the sealing of these 144,000 (and thus Revelation 7 occurring before some events in Revelation 6, making the book not unfolding in complete chronological order). While not explicit in this text, the fact that these 144,000 are called “servants of God” (7:3) and after mentioning them, there is reference to this great multitude from all tribes and tongues, has led some to posit that these are Jewish believers who evangelize Gentiles during the tribulation. (Those who hold this view would often view the church as being raptured before the start of the tribulation, a view discussed in last week’s post). Presumably, those from Dan and Ephraim, as well as women and Gentiles, could become part of this multitude (as well as those who were not among the 12,000 from the tribe, as this number would only be a remnant of the tribe), but they would not be part of the 144,000. It is unclear if those from these other tributes, the women, and the Gentiles would be harmed by the items in Revelation 9:4 since they are not explicitly said to be sealed.

Another possibility is that these 144,000 are representational of all believers, using symbolic language to describe them. The number 144,000 draws upon various numbers of significance, with 12 being the number for God’s people (12 tribes of Israel in the Old Testament, 12 apostles of Jesus) and 1,000 being a number that shows a great multitude. Therefore, 144,000 could be 12 x 12 x 1,000, showing that there is a great number of people that God calls. Thus, 144,000 is similar to the great multitude that cannot be counted in Revelation 7, using different ways of speaking similar truths. In Revelation 7:3, the 144,0000 are called servants of God — a title used to describe God’s people (Jew and Gentile) in Revelation 1:1; 2:20; 19:2, 5; 22:3. The 144,000 are also said to be redeemed from mankind in Revelation 14:3, with Revelation 5:9 speaking of God redeeming people from all tribes and nations; thus, they might not be specifically Jewish, but connecting the people of God in all  times and places to the start of his calling a people to Himself that happens through the nation of Israel (remember that Paul says we are children of Abraham in Galatians 3:7) The unusual list of tribes in Revelation 7 may even indicate that this list is symbolic, as Judah comes first (the tribe of Jesus) and it is not in the order of their birth. It may even point to outsiders coming into the community and excludes the tribes associated with idolatry and is a reminder that it is not physical descent, but rather spiritual fidelity, that determines our ultimate fate. In counting the 144,000 and seemingly describing them as celebate males in Revelation, this passage may also evoke the census of armies, thus showing that the Lord has an army of believers on earth (as the 144,000 are on earth while the multitude in Revelation 7 is in heaven) and that God is protecting His people.

Which View Do I Find More Plausible?

Having laid out these options, you might wonder which one I think is more likely. I would lean towards viewing these 144,000 as symbolic of believers in all times and places. As I have studied the Book of Revelation over the years, I have come to believe more and more that the visions often repeat and clarify each other; thus, I think that the vision of the great multitude and the 144,000 could likely be two ways of thinking about a similar topic. There seems to be so much symbolic language used through the Book of Revelation and even in this imagery, that I think we have to look beyond just the numbers and names to see what the symbols are pointing to. That being said, I always want to recognize that faithful Christians have had different views of this passage and that this is not something that affects our salvation or even greatly affects how I live as a follower of Christ. It is not something that should lead to any sort of division in churches or even great debate that distracts us from God’s purposes. Let us not forget the overall point which is that God has people and protects them…and the forces of Satan will be defeated in this world.

(For a couple of helpful posts by other pastors on this topic, see these by Sam Storms and Kevin DeYoung – both of helped me through think through passage)

Finding Hope and Meaning in Suffering

It’s the question that relentlessly haunts the deepest places of our hearts and minds. Why? Why, God? Why, this? Why, me? Why, now? Yet even in the darkest, saddest, most unthinkable moments, we are not in those spaces alone. God shouts his presence in our pain and whispers his stubborn love in our midnights. Over the next 4 weeks, lean in and let us love and encourage you with the beautiful truth that comes from our all-knowing, nothing escapes Him, He’s got you – God. Why not? 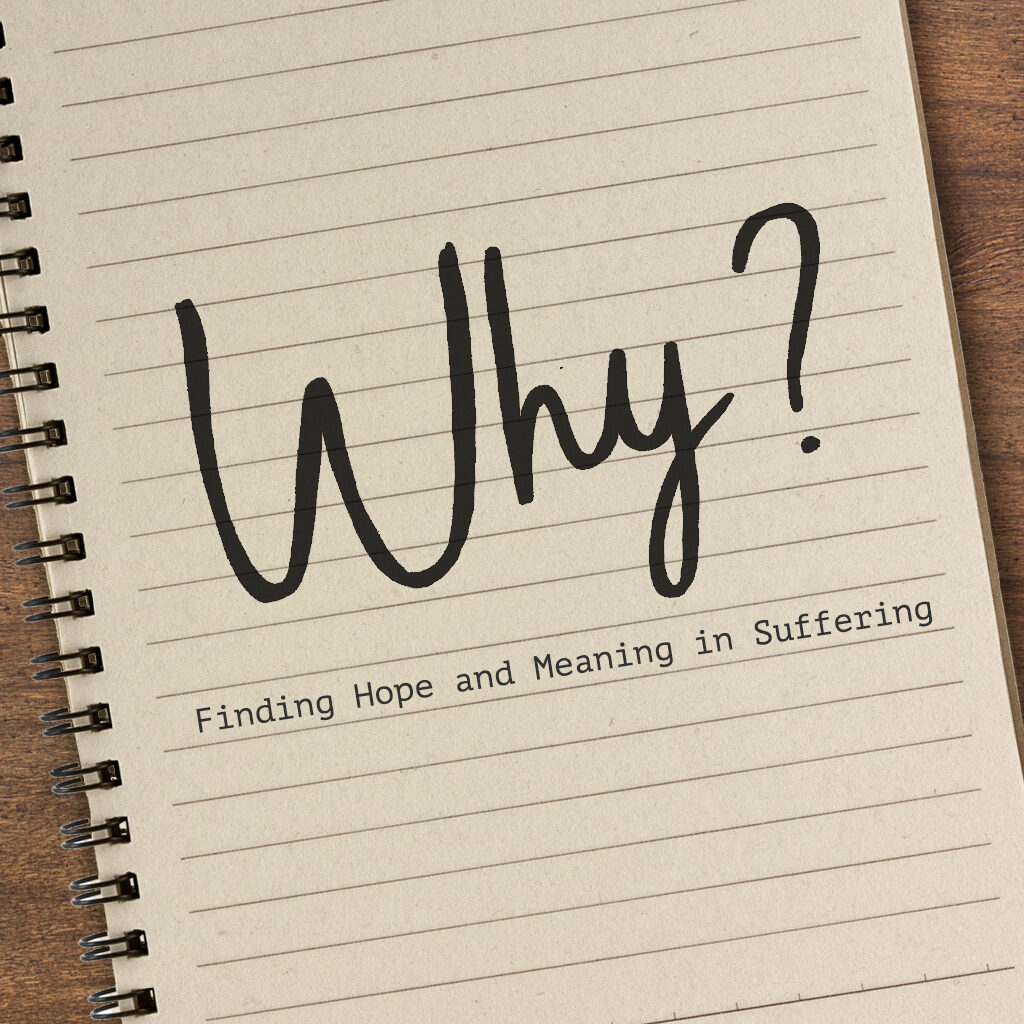